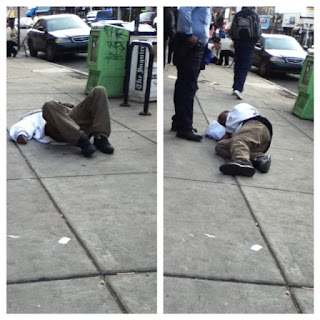 Walking off the train I captured the end of some random nonsense. This is what I found. Apparently, the guy on the ground decided he was gonna talk trash to a man twice his size. Ironically after he ended up in this position, he was still talking trash. I mean, really dude, I don’t think he wants to end up like this ever again.

Is Hip Hop In Or Out Of Control

IMRD posted a new page the other day with the conversations that have stemmed from and the responses to Kendrick Lamar’s verse from the song Control. It’s been a very long a tiring process due to everyone coming out of the wood work. Like we stated before, Kendrick’s verse has done wonders for hip hop. […]

Who Momma is This?

A father puts his daughter out there by video-taping her confession on lying. Apparently, the 13-year-old had been telling men she was 17. She also had been involved in illegal drug use. The father threatens any man who tries to talk to his daughter through FaceBook with Statutory Rape. Now, it’s kind of confusing at […]