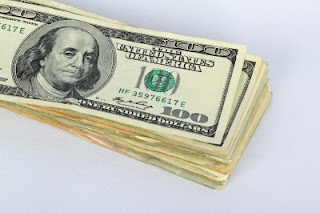 Image Courtesy of Michael Elliott/FreeDigitalPhotos.net
To many of us $12,000 is a nice amount of money that can be used in various productive ways. When posed the question to friends and fans via social media the majority of uses were bills, family, necessities and savings. Seemingly reasonable uses for the funds, right? Priorities first, right?
I was relayed a story and just had to get perspective on it because it was so outlandish to me. This story, and all the information that was involved, left me sadly perplexed. Even those telling me this seemingly tall tale could not believe it themselves, even though they were directly involved.
The story begins when a mid-Twenties male goes missing. It was like he dropped off the face of the earth. His girlfriend, whom he lived with along with her child, hadn’t heard from him. The woman, who had practically raised him, had just suffered a devastating fire now added to her sorrows. His close friend and sometimes lover apparently hadn’t even a glimpse of him.

Everyone was completely confused about the sudden disappearance. After a couple days of frustration his concerned girlfriend used her computer skills to figure out where he could possibly be. What she found were numerous shocking bank transactions.
The girlfriend calls his sister, who was now living in the Red Cross, crying and almost unable to speak. All she said was, “The other night your brother got a little over $12,000. He’s at a hotel downtown.” Immediately, she believes she heard twelve hundred. “No,” the girlfriend says, “Twelve Thou-sand.” The phone drops. When the conversation begins again through the oldest of her 9 displaced children, she lets them know she was watching the man’s account.

The young man had been in a downtown Philadelphia hotel penthouse suite. He visited several stores and boutiques in the city buying men’s, women’s and kid’s items. Steak and lobster was on the hotel menu. Parking tickets were paid for someone unknown to the girlfriend or his family. Phone bills were paid in no one’s name that was familiar except one. The close friend/lover that had claimed to know nothing of the guy’s whereabouts could possibly be with him. On the fifth day, the girlfriend saw that he would be checking out of the hotel because he was down to only about $340. She immediately calls the sister and proceeded to intercept him to see what the heck was going on. When they reached the hotel the man, the close friend/lover, and an unknown female were standing at the front desk. All types of shopping bags sat at their feet. They talked and laughed oblivious to their surroundings.

The friend/lover caught notice of the two women at the main doors and had to do a double take. He (Yeah, I said HE) whispered to the young man and his body straightened. Slowly he made his way toward where the women were standing knowing there was no other exit. Neither woman said a word. They just backed out to the sidewalk and waited for him to make a complete exit of the establishment. It was the walk of shame.

Never had he planned on helping his girlfriend, whom he lived with rent free off and on for 3 years, and owed $1,500 back-rent. He didn’t think of his sister or his 9 nieces and nephews who had lost their home that he was staying in 3 month before the fire. However, he did manage to treat the close friend/lover, the girl he just met (her child also) and himself to brand new outfits, shoes, phones, and jewelry. At the end of it all he planned on hiding all his new purchases and going back to his freeloading days like nothing ever happened.

I mean, really dude how in the hell do you spend $12,000 in 4.5 days on nothing productive? How do you spend it on people who are not beneficial in your life? How did you figure you could be a freeloader after the fact when you shared none of your funds with the people you freeload off of? I mean, really dude where they do that at?

In China, a businessman made a very odd and large deposit. A couple bags of coins and a few boxes filled with bills of the lowest denominations in Chinese circulation were handed in to the bank. It will take about 20 days to count it all. I mean, really dude, this guy couldn’t have deposited […]

A little boy rides his scooter through rush hour traffic. No one seemed to notice him. I mean, really dude? How did he manage to get into traffic? Why wasn’t anyone watching him? Visit msnbc.com for breaking news, world news, and news about the economy

And The Goat Says Aah?